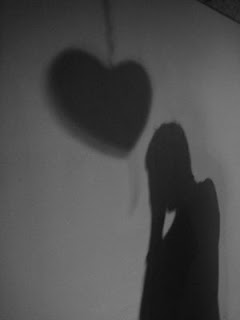 I have been reading Mary Roach's book "Stiff." Which has quickly become an inspiration for me in regards to ideas for the Fear show coming up this September. The only other book in my large collection of death tomes that has affected me as much is Phillipe Ares' exhaustive historical study called "The Hour Of Our Death" Both study death's affect on society's construct. Where Phillipe Ares' study is buried deep in ancient texts and historical literature, Roach's book is a study of the here and now. Her graphic take is submerged in humor and pathos, which I imagine is much needed to move from one dissected corpse, to discussing waters affect on body parts in plane crashes, to standing in a garden of dead bodies lying around decaying for the sake of science. One must have to find the humor in order to avoid having never-ending horrific nightmares and existential dread. She is out their "in the trenches" taking part in cadaver examinations and the observing of crash test carcasses falling from meticulously measured heights.
I am trying to figure out how to avoid the pitfall of making our section of Fear episodic in nature, which is the most used approach in neo-futurist shows, probably because we spend most of our time writing short plays for Too Much Light. The idea I have to avoid this is to have the narrative follow one member of the Fool Machine collective, not specifically as a rounded out character but as a vehicle for the study to take place. I see this person manipulated in the space by the rest of the cast. We will pursue this idea. Along these lines, I came upon this section in Stiff. The chapter explores transplants and possible soul residue from the organ's previous host. This text is from a letter a patient sent to their doctor after they had been given their life back. They had been given someone else' beating heart. I think some arresting images could be pulled from the text:
"The Consciousness of my donor's heart was in the present tense...He was struggling to figure out where he was, even what he was...It was as if none of your senses worked...An extremely frightening awareness of total dislocation...As if you are reaching with your hands to grasp something...but every time you reach forward your fingers end up only clutching thin air."
I would love to create illusions of moving away from parts of your own body, not out of body, but moving away from actual parts, this can work with the ideas around sterile deaths and our abilities to disconnect in order to save ourselves from depression, anxiety, or fear.
Posted by The Fool Machine Collective at 1:50 PM