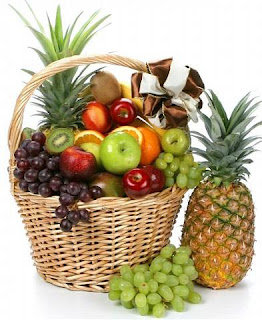 This is a version of the Chinese zodiac story as told in Fruits Basket. It touches a bit on my fearism, and some death themes. I think its a nice story:

Once upon a time in a particular place there lived a person. The person was alone for a long, long time. After leaving the mountain this person learned that many, many people lived below it. But the person was still alone. Even with a thousand powers and a thousand lives and a thousand memories. The person learned that such things were different from what most other people had. And thus developed a fear of other people. A fear of getting hurt. Despite having many powers, the person was afraid of being different from others.
One day a cat came to visit. The person was bewildered by the sudden visitor. The cat bowed his head reverently. “I have humbly watched you for a long time,” he said. “You are a very mysterious person. I cannot stop being attracted to you. I am merely a stray cat, but please let me be by your side. Please Lord God.”
From that time on, the cat kept his promise, he never left God’s side. Not even for a moment. And that made God very very happy.
Suddenly, God had an idea, “I see, maybe I can get along with others as long as those others aren’t people. If they know the same feelings that I do, maybe I can have a pleasant banquet with them.” God wrote many, many invitations, and sent out many many invitations. As a result, 12 animals came to see God. God was thus surrounded by 13 animals in all. They all held a banquet every night the moon sparkled. They sang and danced and laughed together. And God too laughed out loud for the first time. The moon quietly watched over the inhuman banquet. But one night the cat collapsed. Nothing could be done. His life had run out.
They all cried. It made them realize, that some day everyone would die. The banquets would come to an end. No matter how much they enjoyed them, no matter how dazzling and precious they were. God recited a signal chant, and drew a circle on a sake cup. God made the cat drink, and then spoke to everyone. “Our bond,” God said, “I will now make it eternal. Even if I or all of you die an rot away, we will be tied together by an eternal bond. However many times we die, however many time we are reborn, just as before, we will have our countless banquets. We will all be friends, until the end of time. We will be permanent.”
Everyone nodded empathetically. The rat was the first to drink. Next the ox, next the tiger, next the rabbit. All in order they shared the drink of their vow. When finally the boar drank, the cat started to cry his breath faint.
“My Lord God, my Lord God, why did you make me drink? My Lord, I don’t want eternity. I don’t need permanence.”
Those words were unexpected. To God and the others, they were words of rejection. It devastated them. They scolded and admonished the cat. Even so the cat spoke, “My Lord God, my Lord God, I know its frightening, but let us accept that things end. I know it’s sad, but let us accept that lives depart. My Lord God, I know it was only for a short time, but I was happy to be with you. If one more time we both die and are reborn, and if we meet again. I don’t want to only see you in the moonlight. I want to see you smiling under the light of the sun as well. Next time I don’t want to meet you with only those of us here, I want to meet you while you are smiling within a ring of people. “
The cat twitched his tail one last time and died. But no one cared about the cat anymore. They were filled with the sense that the cat had betrayed them.
Sometime after that, one after the other, the others died. Finally after the dragon died, God was left all alone again. And then another day came, a day when even God died. But God wasn’t afraid, because God was supported by the promise made with the others. “Again. We’ll hold our banquets. Once again, and as many times as we want. For as long as we wish, without changing. I may be sad and alone now, but everyone is waiting on the other side of our promise.”
Posted by Shions_Glasses at 3:01 PM

Thank you for putting this on your blog, I was searching for this! :)

This is slightly different than another version I had found. In the other one God indeed invited all of the animals to a banquet, but the rat decieved the cat, so the cat missed it, and that is why the cat and the rat never get along, and because the cat did not come to the banquet, and that's why the cat is not included in the zodiac. This version is a bit more interesting though, but it still makes me feel really bad for Kyo, it makes him seem even more innocent and his life slightly more depressing. =/