How to be less me when I die. 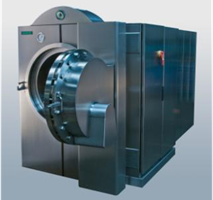 I was moments away from responding to a recent comment that was made on a post by Rachel Claff: Capsula Mundi.  The commentator was intrigued by the possibility of a human (dead) body being planted as a bulb for a future tree.  I must admit I am intrigued too, and may have to research to see if this approach has remained, or has become a viable option. (Because as we will see later in this post, the reality of a usable process and the propagating of it as a good idea do not always mean the same thing.)   I was going to make another comment about another biodegradable idea that was introduced many years ago involving turning the human body into compost (corpse to compost, cryomation) called Promession, named by the swedish biologist who conceived the process, Susanne Wiigh Masak .  I read about it in an entertaining book on death called Stiff.  I was going to suggest this as an alternative to being buried in fetal position in a bulb.  (Sidenote: I admit to thinking about death more than the average person, but sadly I do not ever think of more pragmatic aspects of death, like what someone should do with my decomposing body once I die. Or, who will pay my half of the mortgage once I'm gone, or who will legally receive my dwindling musical royalties once I'm too dead to do anything with them.) Anyway, I wanted to check up on this Promession process before responding, and through some quick studying I realized the process has not yet been released to the public, which I thought was odd since many of the articles made it sound like it was a done deal.  Articles written more than 12 years ago.  Then I read this statement by one of the franchises, Promessa UK, which states they are separating from the Mothership Promessa, I'm assuming due to lack of progress or perhaps a divergence in profit-making potentials.  The site that hosts this statement has a fundamental problem with the process, it lacks "soul."  But I am one of those that believes that the body is just a shell once dead.  I have not settled on my beliefs about the soul itself, but if I were my soul I wouldn't hang out for too long in my post-flatulent decomposing host, where I'd have to share the diminishing space with millions of ravenous microorganisms.  I'd like to read more recent articles about what is exactly going on with cryomation, but I don't speak the language of the Mothership Promessa.  Obviously I have more studying to do before I die.  I'll have to get on that... Oh look, Bunny! 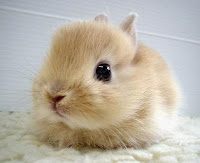 Posted by The Fool Machine Collective at 11:17 PM

The people of the State of Texas wanted to move Moses Austin's body from it's resting place in Potosi, Missouri to Austin, Texas.

When the grave was opened it was found that the roots from a Cherry tree had invaded it and consumed the body. There was nothing left to move. His grave site still remains in Potosi.