Fearism Story: Fear of others 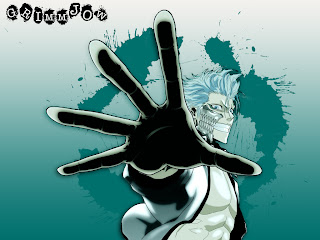 Janet is so scared all the time. People people everywhere, she hates people. She doesn't want anything to do with them. Why do they talk to her, why do the look at her, why do they, why do they? No peace for Janet, always people, but never peace. A person will talk to her and look at her, and she knows, is absolutely certain. She is clearly not good enough for people. People are much better than Janet, they are much more firm and smell so nice, look so fine, taste so ripe and sound so clear. People hate what Janet lacks. They say, "she isn't like me at all."

Janet has a secret. She tried once. To be with others, but people rejected her. People wanted nothing to do with Janet. People gave Janet loss. She greeted loss, and loss stuck with Janet. Never left Janet's side. Loss became a close friend to Janet, holding onto her ribs. Janet carried loss around and it would climb up her ribs and into her ear and speak the only word it could say. Alone. Alone Alone Alone Alone. Janet was alone. There was just Janet. Just Janet. Alone. There was nothing else in the world. Janet had nothing but Janet.

As Janet drifted in her void, she looked around the nothing and a thought came to life in her head. "If everything is nothing, how could I possibly be something?" Panicked, she scrambled to define herself, her role in the void. Something that had purpose, meaning, texture, but it was useless, there was nothing. All Janet could do was become nothing. All Janet could do was turn to death.

Gee Death, I would be honored.

Posted by Shions_Glasses at 1:27 PM

This is beautiful. I like the repetition of her name and the word "alone." I like the tangible way in which you describe the feeling of loss.

I'm a fan of the ending here; the idea of death being a friend, and a choice. I rewrote part of my fearism before I posted it because I realized I wasn't giving the man a choice. That's a powerful thing to explore.

it is a best philosophy of fearism story.