First Meeting of the new collective 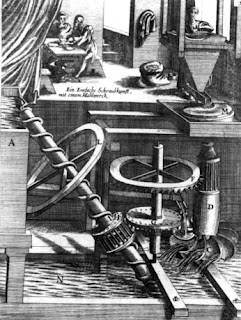 The Collective is dedicated to condensing specific but vast histories down to their essence using abstract physicality, fragmented music, multiple sound systems, foreign influences, and practical lighting. The collective studies its subject for extended amounts of time collaborating with a larger collective via the blog. There should be no less than one entry per week. The fully active Collective holds monthly and/or bi-monthly discussions and workshops all centered around the current subject. The performing cast will scout out locations and times in which to perform one-off experimental shows with invited audiences. (Anywhere from 3 to 10 of these per year.) These performances will take place in basements, small rooms, outdoor locations, practically anywhere we want. The performing cast is based on overall participation, specific interests, and seniority. A full length scripted show with open invitation and extended run will hopefully take place no more than and no less than once a year.

Attendance: John, Kurt, Luke, Jessica, Ryan, Peter, and Evan.
This was a more or less spontaneous meeting and it must be stated that this in no means is the full collective. That is yet to be determined.

First Meeting:
1: Solution to prime time show “Fear.”
This week a show called Fear was proposed in the Neo-Futurist Prime Time Salon. This is a show proposed by Noelle Krimm Benjaman. It is a continuation of her work with Alice. Alice was a project that took place in many stores in Andersonville with many theater groups lead by a hand full of White Rabbits. The idea now is to have a smaller scale version dedicated to the subject of Fear. Noelle wanted the Fools Collective to have the last room (the theater.) She proposed this idea to John, and it so happened that the collective had been working on the subject Death, which seemed to fit in well with the theme of fear. The one problem is: If Fear is put in the prime time rotation it won’t happen until October 2009, which is a little less than two years away. The first topic of the meeting was what to do in the time between then and now. The solution was to work on the subject of Death for a full year and to put up small invited shows based on this topic, and then if after a year this topic has been dealt with to our liking, we will move on to another subject, and a few months before Fear is staged we will resume work on Death.
2: Pursue discussions on the meaning of history and how it relates to our collective.
John had been frustrated with the majority opinion that calling this a study of history was misleading. He has had many discussions with Kurt about what is history, and how do you stage a living history that takes place over hundreds of years in a short amount of time. The history that the collective is exploring is more based in the emotions and the images of history interpreted through metaphors. The concern is how do we help ourselves and the audience to understand this in order to experience the productions with more complexity. Many defenses of what we did were spoken about and we all felt good. We want to keep the study of the study of history an open topic we keep approaching and attacking from different angles.
There were two clear attempts at defining the way in which we tackle history. Evan’s was more of a summing up of how the study of history has changed in our modern times, and Ryan’s was a humorous and accurate metaphor that accidentally created the new name of the collective. Ryan’s explanation will be discussed in the following section. Here is Evan’s:
“In essence, there are two ways that history is generally written. One is a macro-level, descriptive style and the other is a micro-level, narrative style. The first kind is very much related to the way that we are taught history in schools. There are facts and figures, names, dates, and events. It seems very linear and is meant to be objective, though it can never truly be.
The second kind of history deals with such epic events and time periods, but through the lens of people's lives, often their everyday lives or their experiences of single events. The purpose of this approach is to create a narrative of how large scale events affected people on the ground. For example the book by Erik Larson's *Isaac's Storm*. The book tells the story of the 1900 Galveston Hurricane, the greatest natural disaster in American history (10,000 people died). By telling the story of Isaac Cline, local head of the National Weather Bureau, and various survivors of the storm, Larson not only speaks to the trials and tribulations of ordinary people, but shows how their experiences reflects larger social, cultural, and political conditions: namely the nascent scientific revolutions as exemplified by the National Weather Bureau's ability to make something as fickle as the weather rational and predictable and the hubris that went along with the science and industrial advancement (the US ignored warnings from backwards Cuba that the storm was coming).
Both of these approaches to history have their place with the current project on death. Certainly their are large sweeping trends on how death has been understood (think of the movements of world religions spreading different philosophies of death and the afterlife), as well as accounts of how people experienced and interacted with death on the ground.”

3: Ryan spoke up and basically said:

We grouped this statement with a comment Anthony had said during one of the early meetings for The Fool returns To His Chair: “Sure lets continue creating a fucked up island but we need to build a boat that carries the audience to the Fucked Up Island.
And so we decided to call the collective: The Fool Machine Collective (on a fucked up island)
We are still toying with it.

4: Is a visual timeline a continuing concept from show to show? Yes. The structure of the timeline should reflect the topic we are studying. We came up with many ideas on how to create a timeline for Fools including a tree, roots, hidden objects, headphones and disguised audio sources, and Kurt’s Box. We finally decided not to talk about it anymore and to try and let it happen organically.

5: Kurt’s Box. The one idea from the discussion of the timeline will very soon become living reality. Kurt was very interested in John’s initial idea to make the state park and the show in the theater mirror each other with intentional contradictions, actual facts studied in the show and misleading historical enquiries. This is similar to Marcel Duchamp’s Large Glass and The Green Box. Kurt has charged us with the continuing dedication to writing out our thoughts on scraps of paper and to give them to him to put in a box of his designing that will sit out at all the collective’s performances.

6: Workshops should focus consistently on contact improvisation as a language. We should explore different approaches to group physicality. Invite companies to works with us with payment.

We also drank and ate food and chatted about other topics. We walked away happy because we actually spoke about more than we expected to. Now the goal is to stay active. We must all work hard to let life affect us and to let reading wash over us, and to let art manifest. It’s what we do.
Posted by The Fool Machine Collective at 1:24 AM

At the discussion there was something, that I think Ryan was talking about, which involved taking in stories of true life experiences with death and then presenting those stories in a way that presents death as both a collective event as well as personal one. I think there was an anticipation of finding some common ideas/concepts. I walked away thinking about this. I like that idea of creating a presentation in which one can narrow in on a single personal story but can also pull back and get a sense of a larger or collective experience with death. Whereas a particular as well as a universal approach are applied. I had an image of something like Arlington cemetery.