It's not personal, it's business. 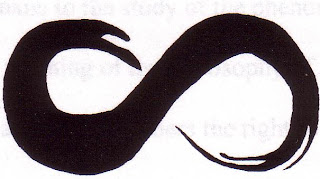 "[Conglomerates are] buying up firms like ours across the globe: Frank E. Campbell in Manhatten; Kenyon in London, who used to bury the royals; most everything in Paris; and, closer to home, here in Michigan, they bought out our nearest competition last year. Cash and stock options for his brick and mortar, rolling stock, receivables and the name on the sign. They are banking on the boomer years, the next twenty or thirty, when the death rate will top the ten-per-thousand mark and the number of deaths in the United States will increase by one million every year. The talk inside the trade is that they raise the prices, cut services, centralize the management, push pre-need and after-care sales-ops and pay the shareholders handsomely. Less for more, voice mail and corporate cover, a good rating on the stock exchange - they have become the mortuary version of the American Way." - from "Bodies at Motion and at Rest"

I think about the Baby Boomers. Neither of my parents are Boomers. They had me late, for reasons of war and reticence and perhaps delayed maturity. So thoughts of sickness and death entered my dreams at an early age. I became obsessed with the idea of infinity starting at the age of four, probably subconsciously trying to figure out a theory in which the spirits of my elders would be preserved forever.

I remember visiting one of my cousins about five years ago. Sitting in his living room, watching football over pizza, he casually remarked, "You know, they're gonna start to go, (our mothers). Better get ready. Over the next ten years we're going to be going to a lot of funerals." My mother has six sisters, four half-sisters and two half-brothers. She's one of the youngest. The funeral industry probably already has us marked on their "Ten Most Wanted Families" list.

It's a family's job to predict the next round of deaths as well.

And of course, in rehearsal yesterday staring at my script, I realized that I've been sitting on a beautiful passage about death for two months. An extended haiku in eight stanzas, written by Higuchi Ichiyo, a late-nineteenth century female Japanese writer:

After falling ill
one becomes acquainted with
the taste of disease.

After falling ill
the taste of disease admits
no other fragrance.

After one falls ill,
each gasp gives a number to
the remaining breaths.

After one falls ill
every word written recalls
the breath to say it.

The scent of disease
the flower on its short stem
now one petal falls.

The scent of disease
the fragrance of snow on pines
unavoidable.

(eight is the number for infinity)
Posted by Tanya at 1:06 PM