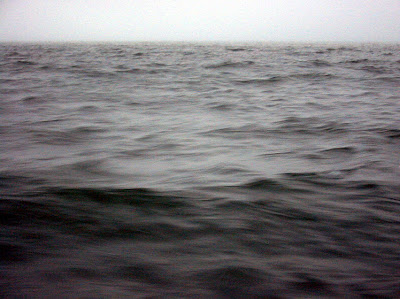 At least twice in the last week I have been shaken awake by a dream of dying. In both cases it occurred as a falling. In one case I fell into darkness. In another, I fell into a fog. Then the world that I was in turned into nothing and I began to fall harder. I began to have a visceral feeling of falling that I sometimes have in sleep. The kind that causes an involuntary kick of the leg which usually jars me awake, confused. However, this time it didn’t jar me awake. It was as if kicked me in another direction, away from waking, and for a moment I became nothing. It was this momentary lapse of self that scared me awake.

After dreaming these dreams I would lay awake and wait for my heart to slow down. I remembered a conversation I had many years earlier at a slumber party. My best friend Ben told me that if you die, or get injured, in your dreams the same thing would happen in real life. Ben knew many things.

“My uncle” he told us “dreamt he got punched in the gut, and when he woke up he had to go to the hospital for an appendicitis”. I thought that was amazing. I never heard such a thing. Ben didn’t actually know anyone who dreamt of dying and then woke up dead, but his dad did.

Despite the flaws in his story I kind of believed him. I think I wanted to believe him. Perhaps, I liked the idea that the dream-world could have a consequential effect on the waking-world. Or perhaps, I simply liked Nightmare on Elm Street movies and I wanted to be scared. Regardless, up until now I heeded the warning to wake up if I thought I might die in a dream.
Posted by pbsebastian at 10:32 AM

I sometimes dream of other people dying; oddly, my most recent one involved Lisa Buscani. I remember being so shocked at her sudden "death" in my dream, and mourning her, and wondering what would happen with Too Much Light (she was in the show at the time). Usually my crying is what wakes me up in such instances.

For a year after my first dog died, he would appear in my dreams. Usually I would be in some kind of danger (one time it involved giant, evil spiders) and my dog suddenly appeared and scared them away, and then I would pet and cuddle him, and I could feel his fur and everything, but I would also think, "What are you doing here? I thought you were put to sleep."

I know what my dog dreams are about, but the ones in which people I know die always frighten me.

i am always watching a giant tidal wave about to pound down upon me. the wave is the size of a mountain.