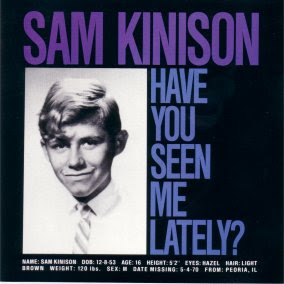 Sam Kinison died on a highway on the way to a show in Las Vegas. He was traveling with his brother and his newly married wife when they were hit by a drunk driver. Sam went through the windshield. However, he was not killed instantly. Apparently,  he was heard saying "I don't want to die! Why now?" then his protests changed it's tune, his voice went softer - as if he was talking to a close friend - and his last words were "Okay, Okay, Okay"
I am drawn to that story.  I have heard it a few times. For the most part, this story is evoked to suggest the supernatural. That the conversation Sam was having suggest the presence of angels or some otherworldly presence. However, I am drawn to this story because I find something peaceful to Sam's surrender to death. Despite death's inevitability there was protest. Death could have laid it's bony fingers upon Sam during a moan, a sob, or a rage, but it didn't. In final moments of Sam's life something powerful happened. The moment in which protest changes to resignation, objection to acceptance, gripe to grace, there was peace. Peace in the knick of time.
Posted by pbsebastian at 7:15 PM